28 Planks That Are Probably Missing from Your Workout

Shortly after fitness enthusiasts realized the importance of core strength, the plank took over as the most popular core exercise on the planet. Exercisers boast about how long they can hold the plank exercise and there’s even been a Guinness World Record set of 3 hours 7 minutes and 15 seconds in a plank position. But is all this popularity warranted?

Basically, once you can hold the plank for 30 seconds or more it’s time to mix it up. But because it is an isometric exercise (as in, you’re holding one position rather than flexing and unflexing your muscles), they quickly lose their effectiveness and then you’re pretty much just hanging out. Constantly doing the same old plank over and over again will only slow down your progress. The plank does a great job of maintaining the stability of the core muscles, but our bodies adapt quickly to the classic plank rendering it less effective.

Beginners benefit greatly from easier plank variations, but intermediate to advanced trainees require more challenging versions to receive the positive effects. If you can already hold a plank for 30-60 seconds and you’re not looking to set a world record then try these 28 Killer Plank Variations.

(HASfit’s plank exercises are great for both men and women.) 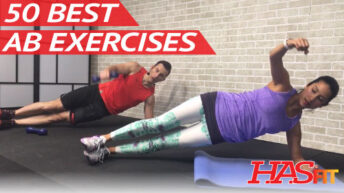 Most Common Exercise Mistake by HASfitters (and everyone else) 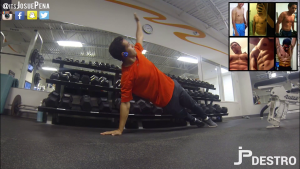