Get your heart pumping, burn calories, and improve strength and stability with this 35 minute low impact cardio workout for beginners. The four part workout includes a warm up, low impact cardio, standing abs, and cool down. There is no equipment required for this one, but you may add some light hand weights or water bottles for extra resistance. You may also want to use a chair or bench for some modifications. 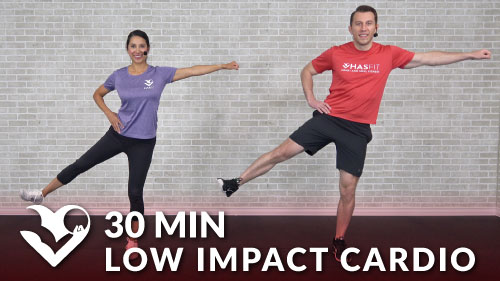