Get your heart rate up in part 1: Cardio Kickboxing, and then shred your abs and arms in part 2. You only need a pair of dumbbells for this one, but you may want a mat for comfort. Let’s do this!

Shadow boxing combined with the following cardio movements:
All 1’s, then all 2’s
Squat + Dodge Side to Side
Punch and Crunch
Low Squat Punchout
High Plank Run in Place
Run in Place + High Punch Out
Switch Jump Punch 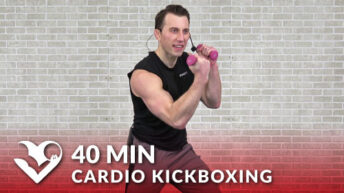 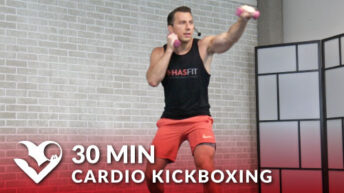 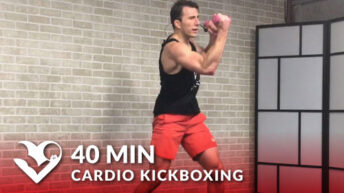