One of the best ways to avoid plateaus is to switch up your routine. Resistance band workouts force your muscle to work in a different way than traditional free weights and can help you push past sticking points in your progress. Try this total body resistance band workout using just one long band, handles optional, to gain strength and lean muscle. 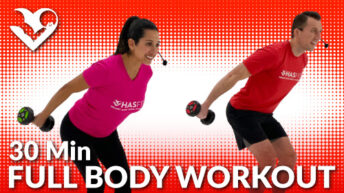 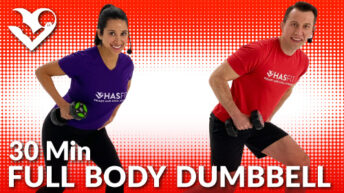